Vaccination is Halal in Islam The manufacturing process of vaccines for polio (oral) and rotavirus involve minute amounts of trypsin, which is later removed by ultra-filtration. This has created a lot of was-was (uncertainty) among Muslims, resulting in many parents and Muslim healthcare professionals avoiding these vaccines or all vaccines in general.

From the views of many ulama’ on the hukum of using forbidden substances in medical treatments, the widely accepted view permits usage with certain cautions or pre-conditions, which are:

During the time of the Prophet (pbuh), Imam Nasai narrated in his book “Sunan” an incident where Arfajah bin As’ad sustained injury on his nose. It resulted in him reconstructing his injured nose in silver. Seeing this, the Prophet (pbuh) ordered him to use gold instead. (Sunan Nasai, volume 8 page 142).

A companion of the Prophet, Anas bin Malik (ra), said that Rasulullah (saw) even gave some leeway to Abdurrahman bin Auf and Zubair bin Awwam to use silk shirts because of their skin itchiness. (Sunan Nasai,volume 8 page 178)

The use of gold and silk, which by default is forbidden for use by men, is allowed for use in healing and medical treatments. This allowance is not specific for the three afore-mentioned companions, but is applicable as a general concept for Muslims in the state of “dharurah” (emergency).

How about modern medicine which contains alcohol or other forbidden substances in the form of solid or liquid? In this case, the hukum of its use would be:

“The use of gold and silk, which by default is forbidden for use by men, is allowed for use in healing and medical treatments. This allowance is not specific for the three afore-mentioned companions, but is applicable as a general concept for Muslims in the state of “dharurah” (emergency)”

Imam Ibnul Qayyim added: “Allah has extracted the pure from the soiled, and the soiled from the pure. The standard ruling do not lie on the physical matter alone but the substance of that matter [in that particular time]. And it is not permissible to rule a substance as najis (soiled or forbidden) if it has lost the property which makes it najis and ‘turned’ into a different matter under a different name.” (I’lamul muwaqqin ‘an rabbil ‘alamin by Imam Ibnul Qayim, volume 1 page 298.)

In conclusion, when a matter that is considered najis or khabaits and all other forbidden substances are mixed with medicine which is halal, or when it is boiled or processed or hydrolysed and the bio-transformation has made it distinct and different in form, taste or smell, the medicine is categorised as mubah (allowed) and can be used for treatment purposes.

If the forbidden substance has not totally changed its form, or that there is still a significant amount of the substance in its original form due to its quantity or insoluble state, it is evaluated in the same way as the use of forbidden substances for healing: 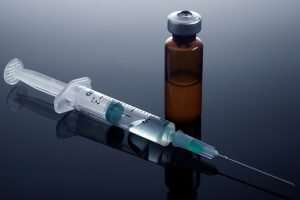 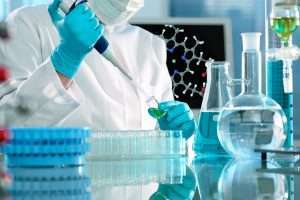 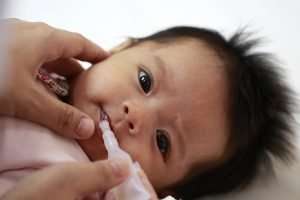