Home » Adult Vaccination » Getting Vaccinated for Hajj and Umrah

Getting Vaccinated for Hajj and Umrah Hajj and Umrah are opportunities that arrive only once in a lifetime for most Muslims including your family. If any of your family members have the opportunity to perform Hajj or Umrah soon, you can help them to stay healthy throughout the pilgrimage by making sure that they have been vaccinated against meningococcal disease, pneumococcal disease and influenza.

Pn Fatima’s family and friends were happy to welcome her back from performing the Hajj. But a month later, they were overwhelmed with grief because Pn Fatima and her granddaughter had passed away after suffering from high fever. This is hard to believe but for some families, this story of Pn Fatima is a reality they have faced. High fever caused by meningococcal disease is very dangerous and can be quickly fatal. Hajj & Umrah pilgrims are at high risk of getting the disease and spreading it to others if they do not take preventative measures such as the meningococcal vaccination.

Meningococcal disease is caused by infection of bacterium Neisseria meningitidis which can cause inflammation of the lining of the brain and spinal cord as well as infection in the blood. The disease can lead to death or permanent disability such as deafness and limb loss if not treated promptly. It is transmitted directly through secretions from the mouth and nose such as sneezing, coughing, and sharing food and beverage utensils. The disease can be contagious and cause epidemics. Meningococcal disease can kill within 24 hours after initial symptoms such as fever appear. The opportunity to treat short, nonspecific symptoms as well as high mortality or disability rates among patients make prevention methods very important.

There are cases where more severe symptoms only appear when the condition is too late and the chances of a full recovery are low. Among the symptoms or signs of meningococcal infection are:

Vaccination is The Best Prevention

There are 2 types of meningococcal vaccines:

Pneumonia is the leading cause of hospitalisation among Hajj pilgrims, preventing perfect worship.

Pneumococcal disease is caused by a bacterial infection Streptococcus pneumoniae. It can cause pneumonia and is a major factor of hospitalisation among pilgrims. Many cases of hospitalisation occur during or after they perform wukuf. This is due to the close and crowded position of the pilgrims while in the tents in Mina. Some pilgrims fall ill and are hospitalised before they can perform wukuf. This can result in them not being able to perform one of the pillars of Hajj and their Hajj can be considered not valid.

You may be prone to pneumococcal disease

Pilgrims are at risk of pneumococcal disease. In addition to causing severe pneumonia, it can also cause blood infections and death. If you are 65 years of age and older, have a pre -existing chronic disease such as heart disease or diabetes or smoking, the risk of death and serious illness due to pneumococcal infection is very high.

Pilgrims are strongly encouraged to take the pneumococcal vaccine

Pneumococcal vaccine is one of the effective methods of prevention of pneumococcal infection among Hajj pilgrims. The Malaysian Ministry of Health encourages Hajj pilgrims to take this vaccine before going for Hajj.

There are 2 types of pneumococcal vaccines:

Ask your doctor to find out more about the vaccine.

Why Do You Need Influenza Vaccine?

Influenza is a viral infection that is often contracted by Hajj and Umrah pilgrims. It can be mistaken for common fever. Influenza outbreaks also often occur during the Umrah and Hajj seasons. Hajj pilgrims who have been infected with the influenza virus will have symptoms such as:

Individuals who have been infected with influenza are at risk for serious complications such as pneumonia, lung infections (bronchitis), infections of the nasal cavity (sinusitis) and ear infections.If your family members are elderly or have chronic illnesses especially lung disease, they are at high risk for getting complications and side infections that can result in hospitalisation.

More worryingly, influenza can also cause death. In 2017, 22% of deaths were reported among Hajj pilgrims due to infections of the respiratory tract. Influenza infection is easily spread and unfortunately many do not realize the importance of seeking treatment until the condition worsens. Treatment for late influenza infection can be detrimental to influenza patients.

How Vaccines Can Help

Remind your family members to get the influenza vaccine injection at least 2 weeks before embarking on a journey to the holy land, or better yet, take them to a nearby clinic or hospital for them to get the vaccine injection. This is a sign of your love and concern for them. Although it looks small, the influenza vaccination can help them to complete the Hajj and Umrah. 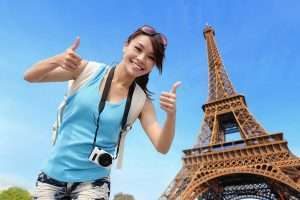 Getting Vaccinated Before Travelling 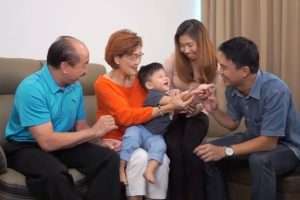 Vaccinate and Enjoy Your Golden Years 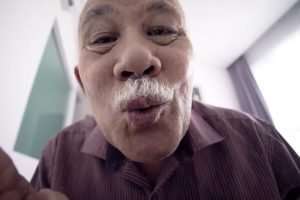